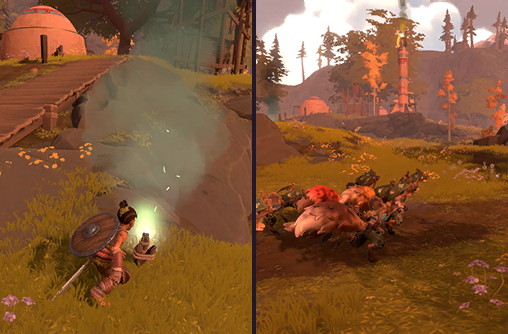 Raid flares can be used to call in raiders to attack other villages. If they are successful, the species that survived the raid take over the village.

Raid flares can be equipped the same way food is equipped. You can deploy an equipped raid flare in or near a target village to summon a raiding party. This only works if the inhabitants of the village are different than the ones you got the raid flare form.

Fighting along side the raid party is entirely optional but it can ensure the success of the raid. If a village has been emptied, either by the player or a previous, unsuccessful raid, a raid flare can be dropped in the village, immediately capturing that village upon the raid party's arrival.